Yesterday, we took a drive to the Lick Observatory. I wanted to get a web cam geocache and there happens to be one there. I really like the drive up there. The winding roads crossing over the rolling hills opening up into a beautiful valley. Then climbing up a couple thousand more feet to the 4200 foot observatory. The trees and hills are a green brown mixture with some trees of yellow and red. I don't see a lot of colors, but I can see some of the fall changes. I am not much of a seasons guy. I am used to green cold and green. That is what you get growing up on the California coast. Monterey is an evergreen climate which suits me just fine. Winter here in San Jose is just how I like it. While similar to Monterey, it is a little colder, dryer and much less wind! I hate the ocean wind! Hate, hate, hate it.. unless I am really hot, then I like it.

The kids react predictably and funny. They don't want to go. They don't want to drive. Suddenly, they get car sick too. Why do we have to go? Why? Why? Why? Even my wife humors me. I know this is not he first choice of things to do, but at least she does not ask why so much. Even if she did, I don't think she would understand why. I go because I can. Because it is there. Sure, there is a web cam geocache there. But that is something to do when we get there. The answer really is "because it's there". There is something special, an primal urge to got to the top of a mountain. Through the millennia we have clawed our way to the top of mountains. thousands have died summiting the worlds peaks. We go forth and up. We may perish but we may reach the peak. Funny thing about reaching the peak. It is not all that spectacular. The view may be great but the joy and revelation is short lived. Being there is no big deal. It is getting there that is.

Getting to the observatory was pretty easy. We stopped half way to change drivers. I was trying in earnest to make the drive easy on my passengers. I wanted then to have a good time, not turn green or white. Driving helps my wife not feel ill, so we switched and she finished the ascent to the top. I took advantage of that and snapped a number of random pictures out the window. You can have a lot of fun snapping pictures. Digital cameras are excellent for wasting frames. I can do about 100 hi-resolution pictures on my small memory card. I snapped 'em all this trip. One we parked and got out, there was a small rush of achievement. We reached the top! Looking out over the valleys we so rarely get to see, there is a calming and soothing effect. Maybe it is the higher altitude thinner air, but everything was so much calmer.

I tried to get my webcam picture taken, but never had any luck calling someone on the cell phone. Plenty of signal but no calls. I was OK with that. We had a nice walk from one dome to another. The kids were just fine and no complaining. Maybe they realized it is just great being on top of a mountain. Maybe they felt we came here because we could and because it is there! 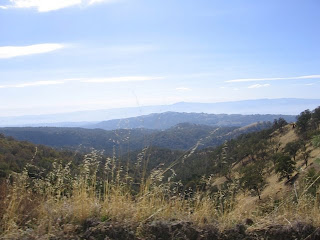 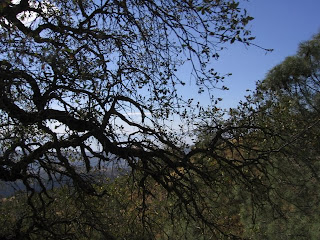 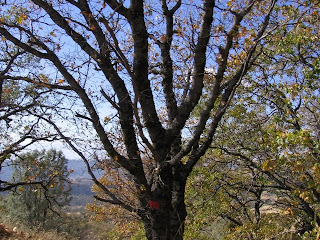 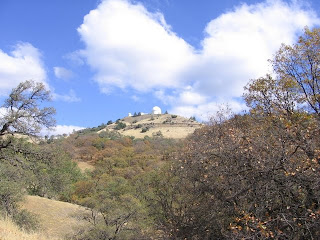 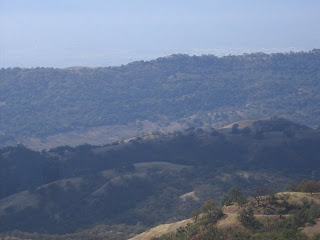 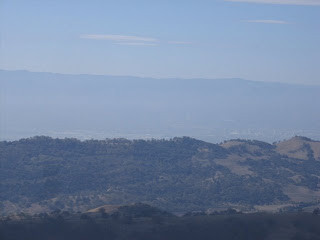 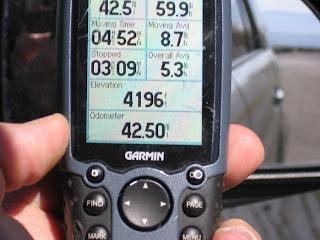